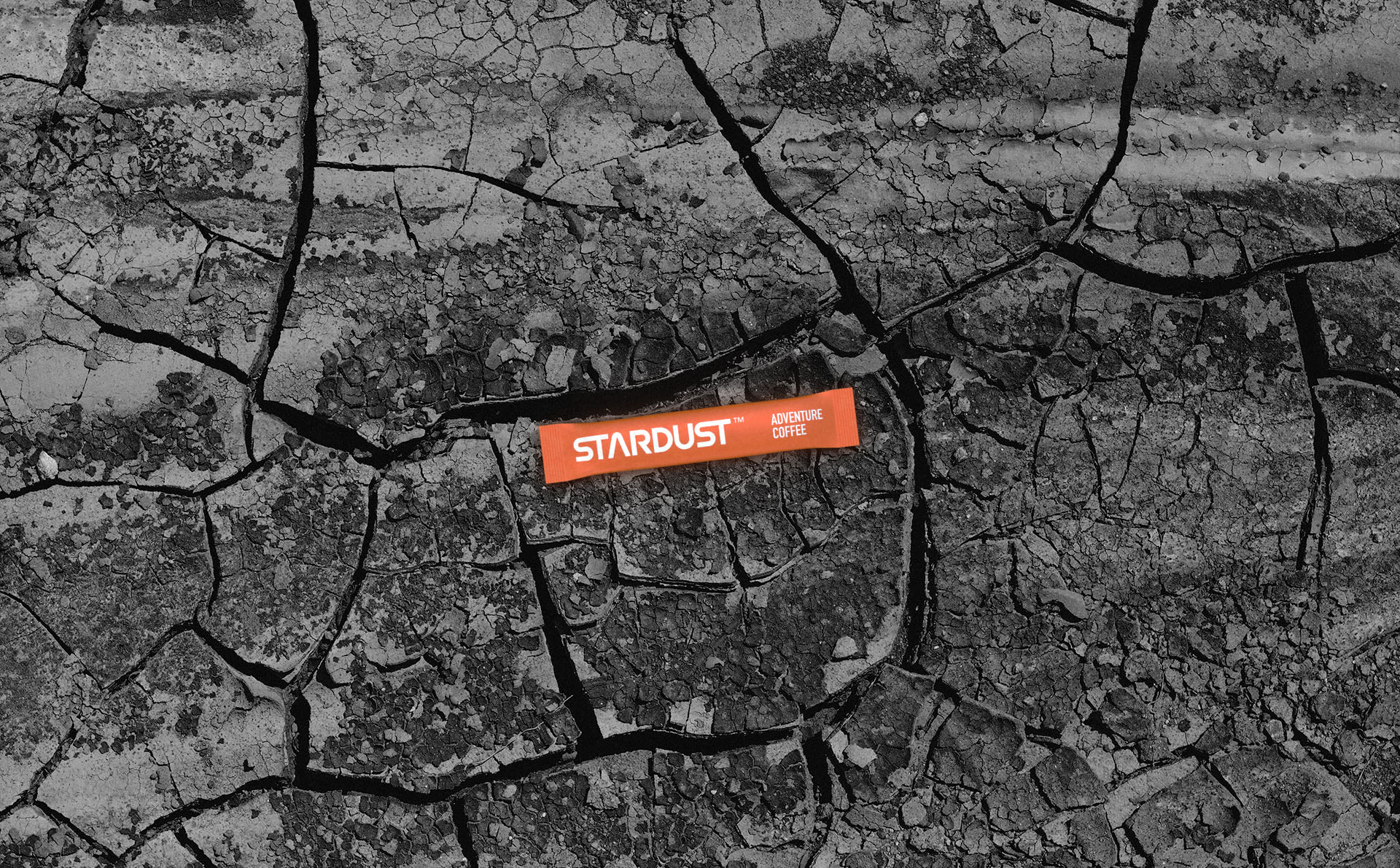 2 grams of PURE Coffee
to keep you going in the most demanding situations. 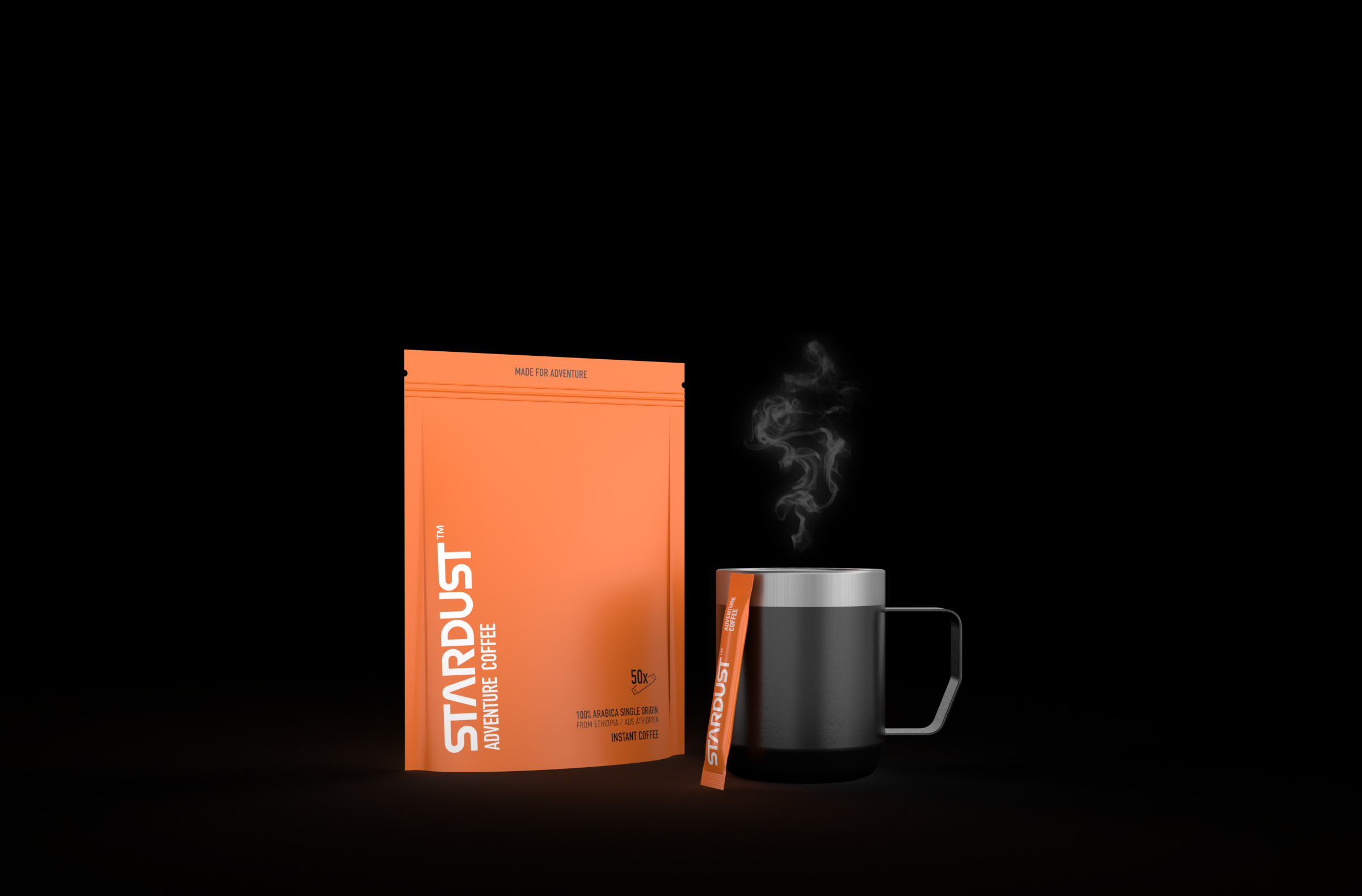 Designed for explorers
BUY Now
DID YOU KNOW? 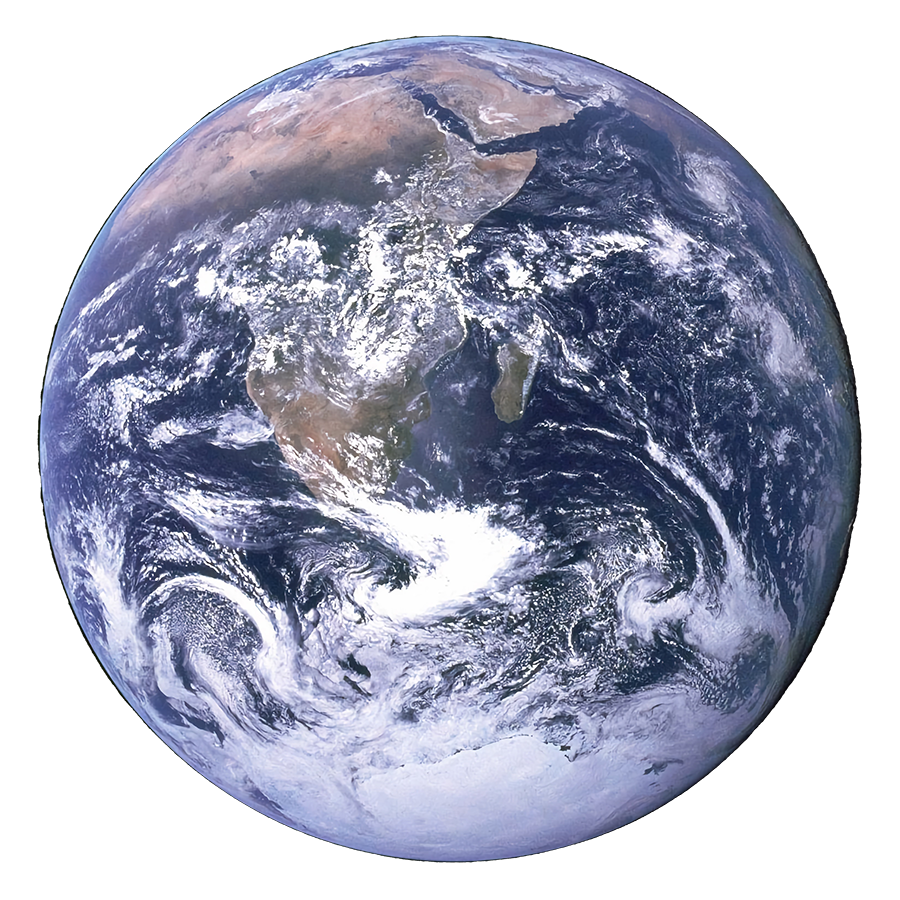 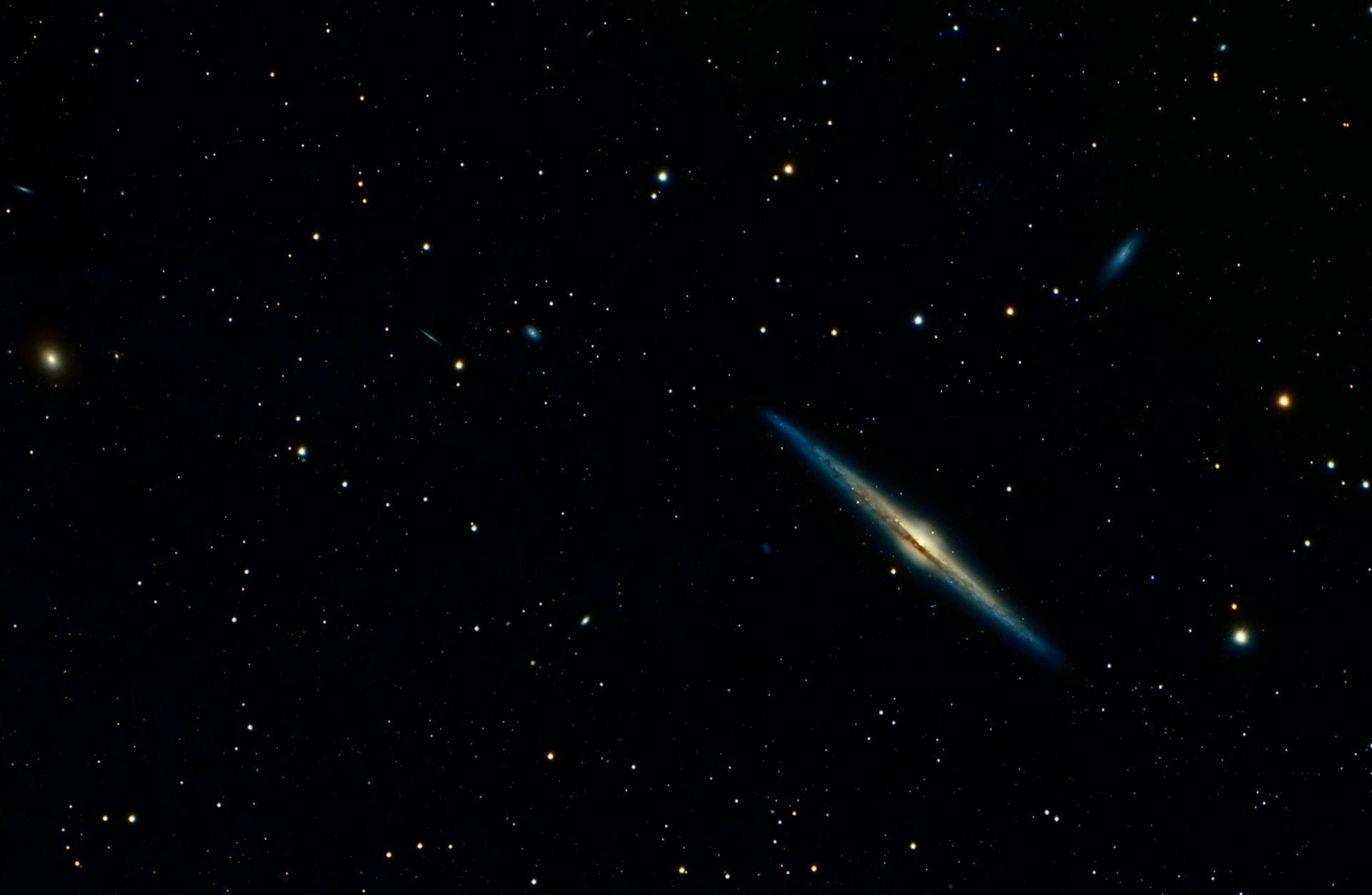 100.00%
OF the rest of the universe Doesn't contain anything close to a coffee shop
(as far as we know)
Wherever you may go,
take some stardust with you.
We know that not everyone is big into rockets like we are, and that’s okay. Sometimes the ‘ultimate adventure’ looks more like a trail run, or a road trip with your friends - that’s cool, we’re here for all that stuff too. 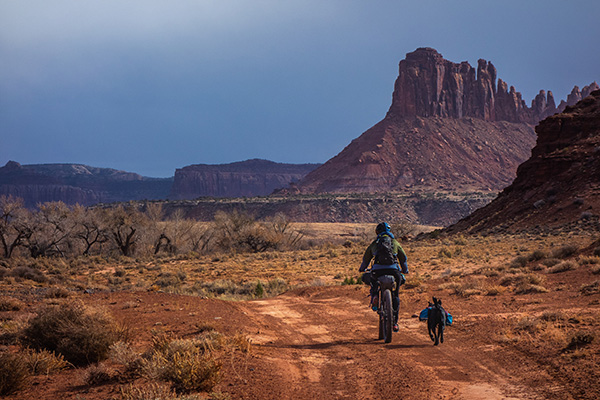 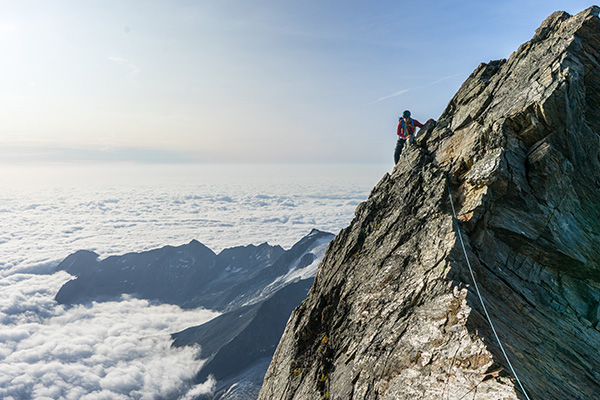 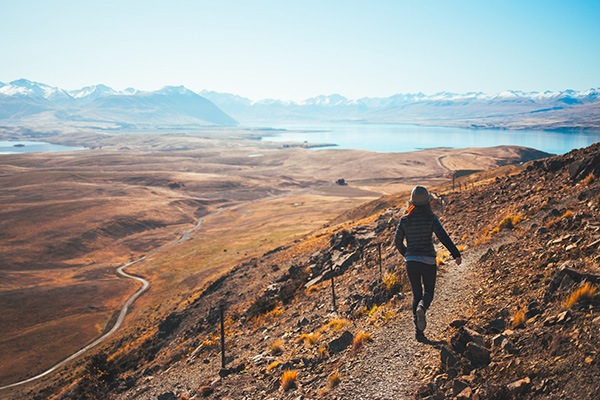 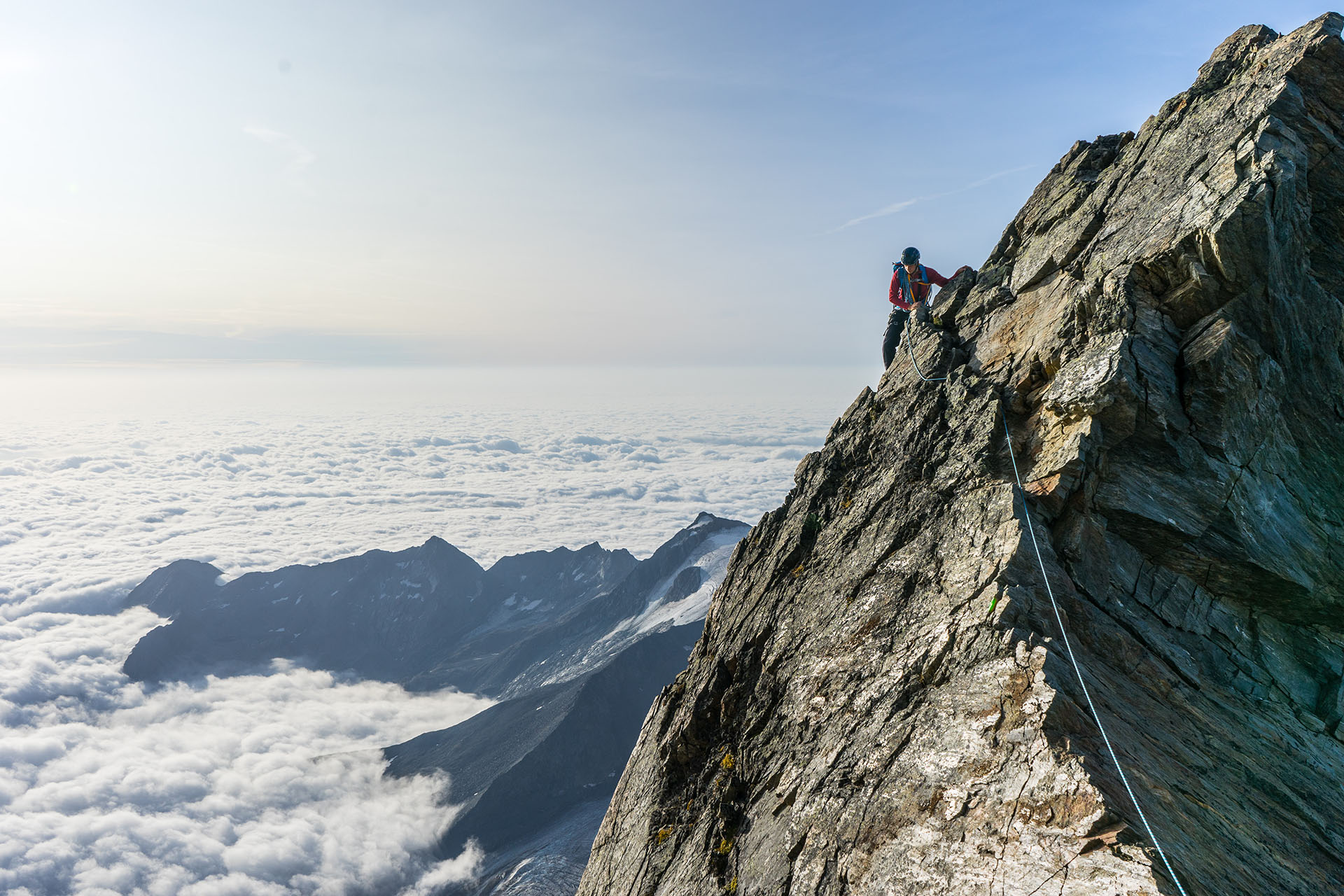 Wherever you may go,
take some stardust with you.
We know that not everyone is big into rockets like we are, and that’s okay. Sometimes the ‘ultimate adventure’ looks more like a trail run, or a road trip with your friends - that’s cool, we’re here for all that stuff too.

No matter the challenge, we know that the right kinda coffee at the right kinda moment will make you feel on-top-of-the-world.
REMEMBER
Wherever you may go,
take some stardust with you.
We know that not everyone is big into rockets like we are, and that’s okay. Sometimes the ‘ultimate adventure’ looks more like a trail run, or a road trip with your friends - that’s cool, we’re here for all that stuff too. 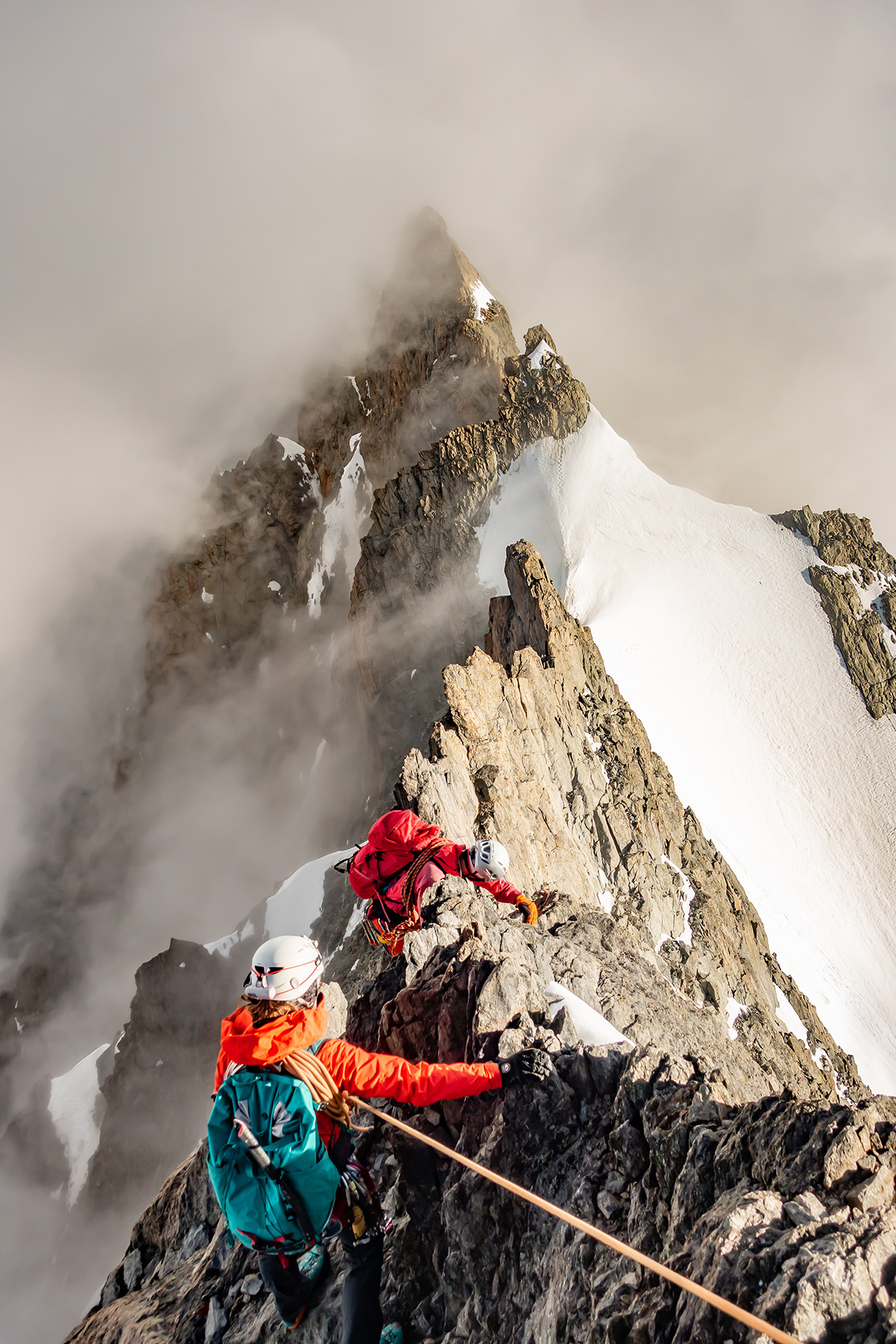 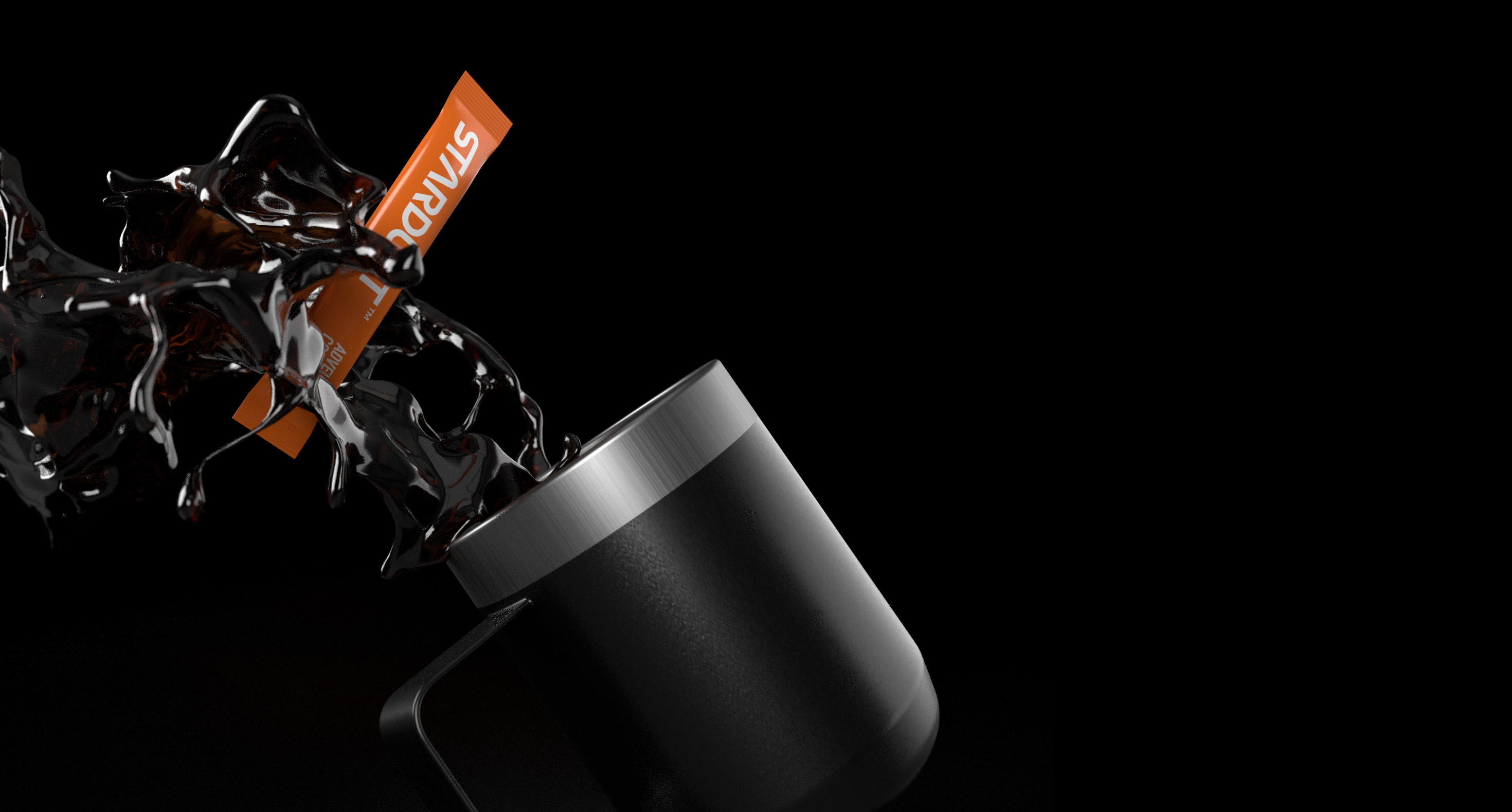 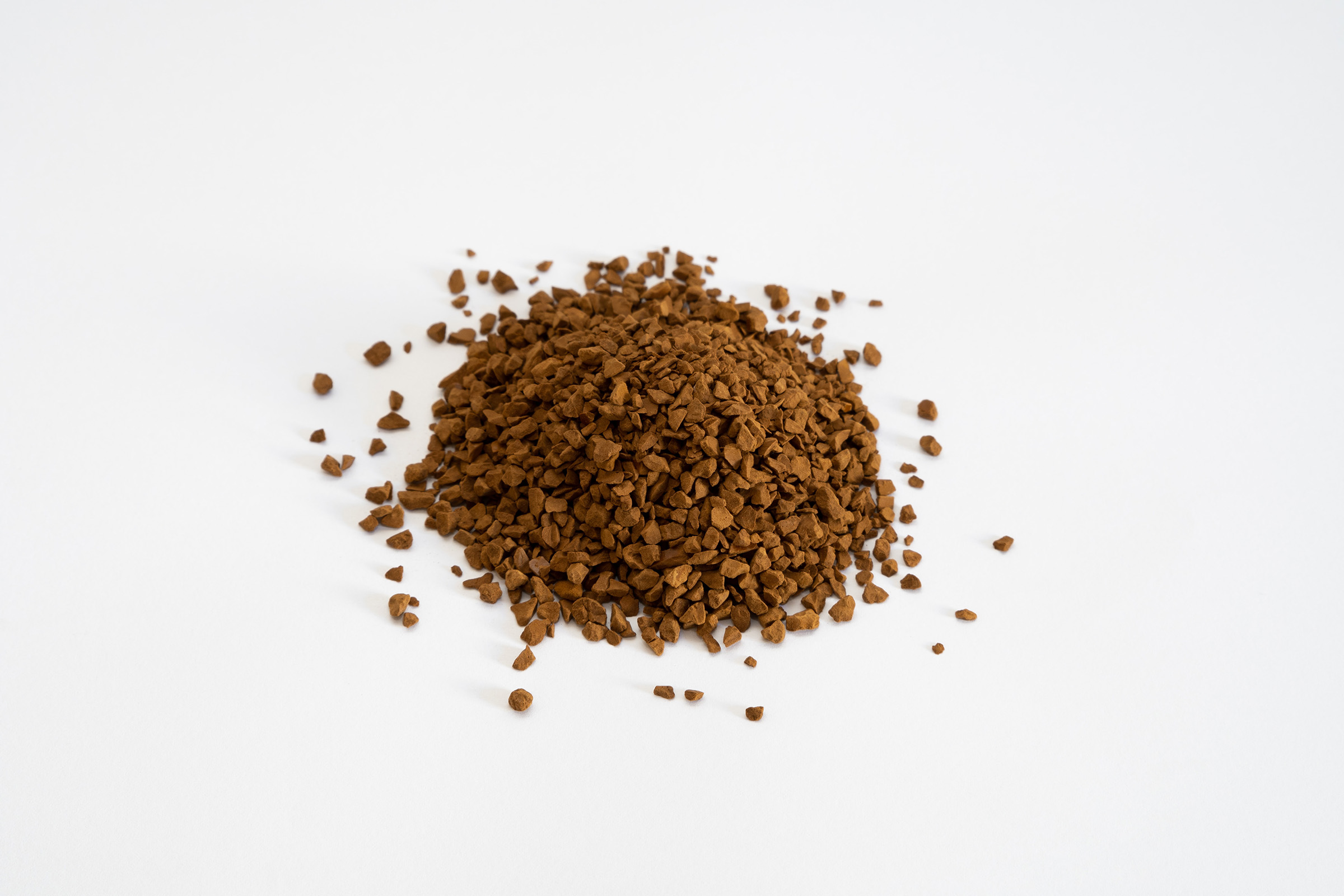 CAUTION
CONTAINS
CAFFEINE
[around 60mg]
the psychoactive ingredient
Need a lil' pick-me-up to get in the zone, or give yourself a boost of energy? It's as simple as tearing open a Stardust sachet, and releasing all of its magical contents into your mouth (ok but add water first, please).
Do you know how much caffeine you consume each day?
as a psychoactive substance, caffeine can affect how we think and feel - making it super important to measure and manage, right? each serving of stardust offers around 60mg of caffeine, helping you keep track of how much you're actually drinking each day. smaller, manageable doses also mean that you are less likely to get those side servings of anxiety, jitteriness and hallucinations (yup, that's a thing), which happens when you're a bit too reckless with your caffeine intake.
STARDUST helps you to take charge
BUY Now

100%
FULL Control
of your caffeine intake

“Caffeine is the most used psychoactive drug in the world yet most of us never take a step back to think, am I consuming it the best way?”
Dr Adam Bataineh, Longevity Doctor

“Optimising your caffeine intake is one of the lowest hanging fruits for improving your mental and physical performance.”
Rachel Lett,
Nutritionist & Co-Founder @ span.health
MAKE IT ANYWHERE 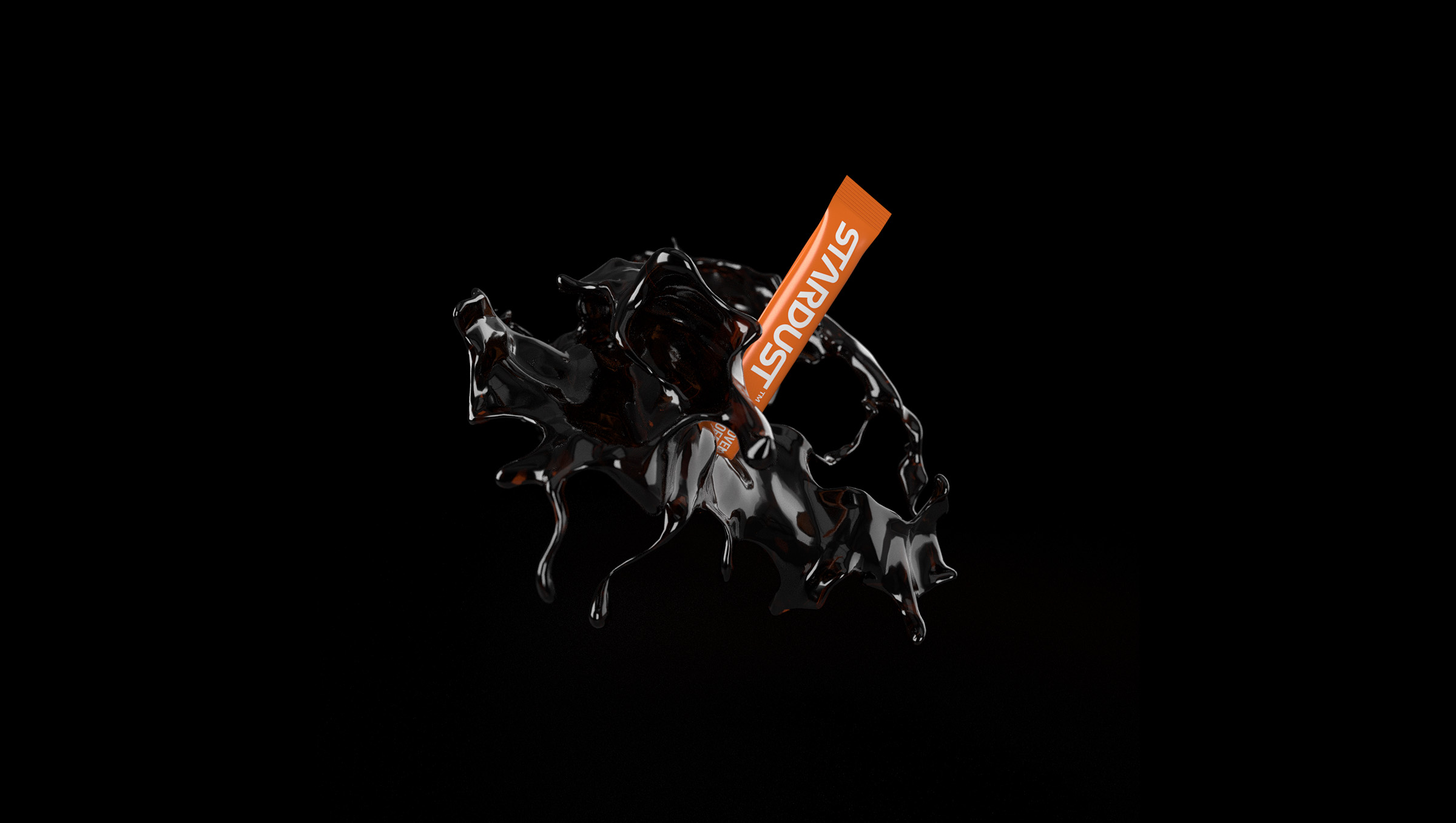 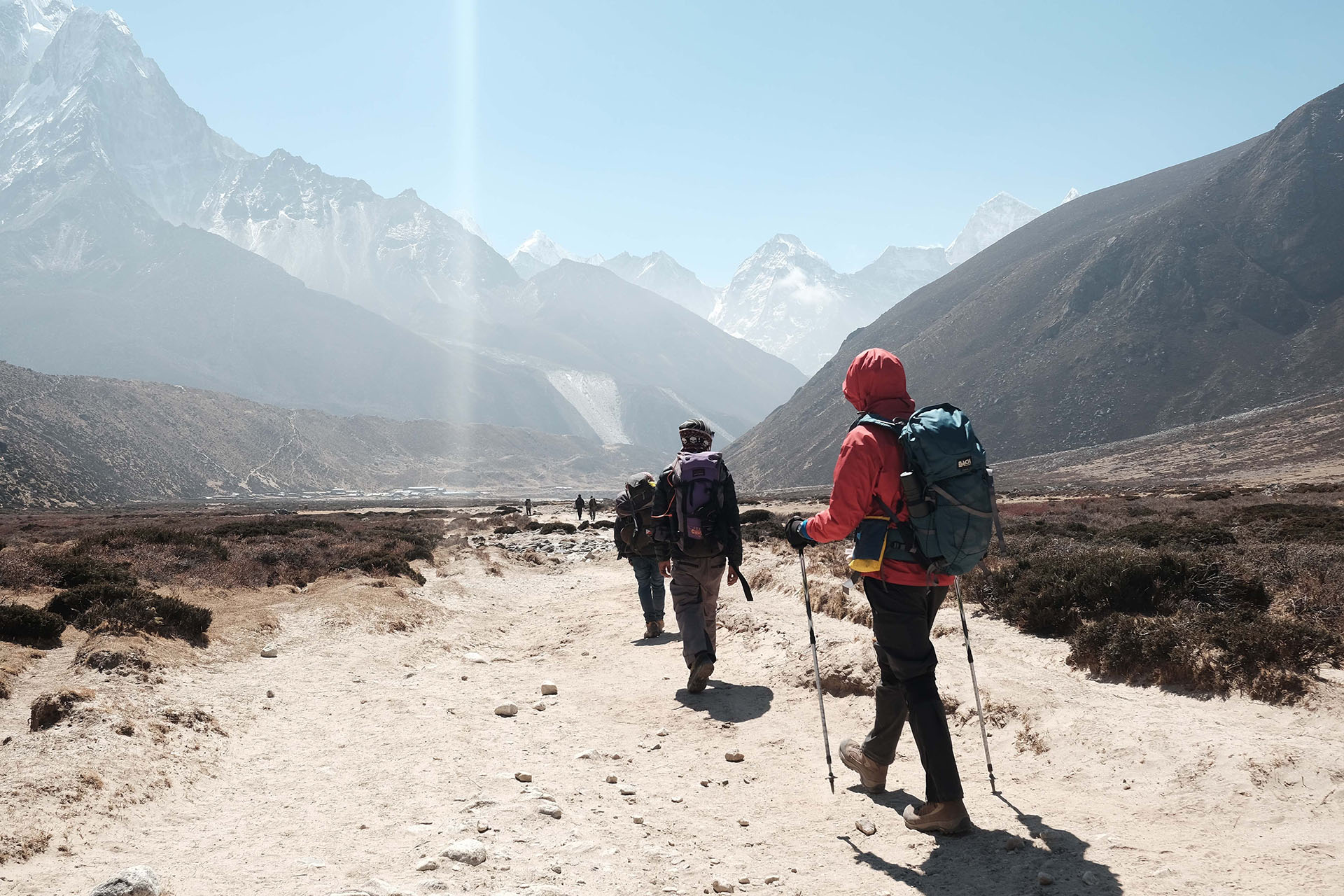 no strain on your shoulders
because every gram counts
BUY Now 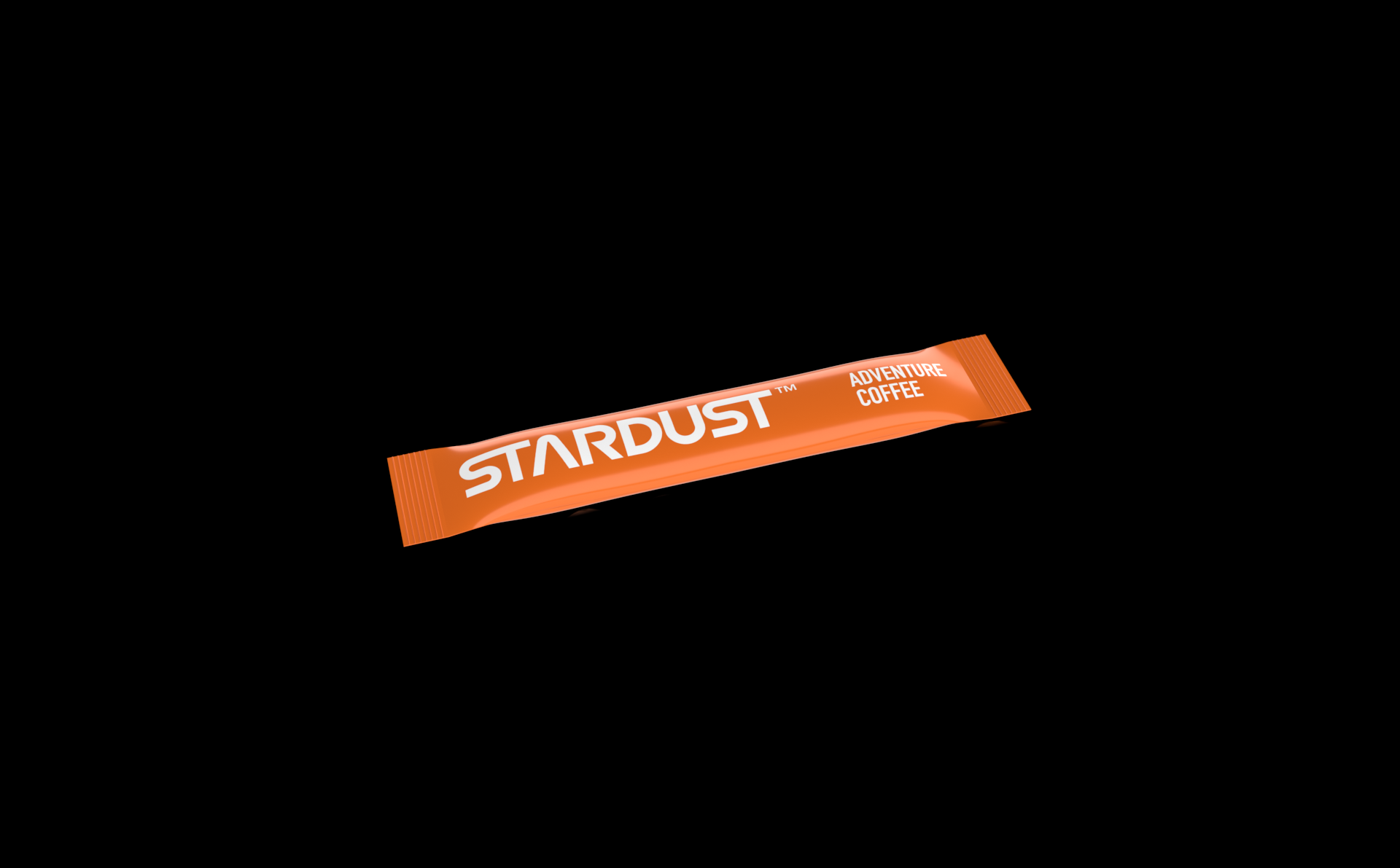 Protective Sealed Container
Shields Stardust Adventure Coffee from rain, wind and most of the stuff in your backpack.
Weighs only 2 gRAMS
The lightest way to carry coffee around.
Single Serving
To make sure you only carry what you actually need.
DESIGNED
TO BE FOUND 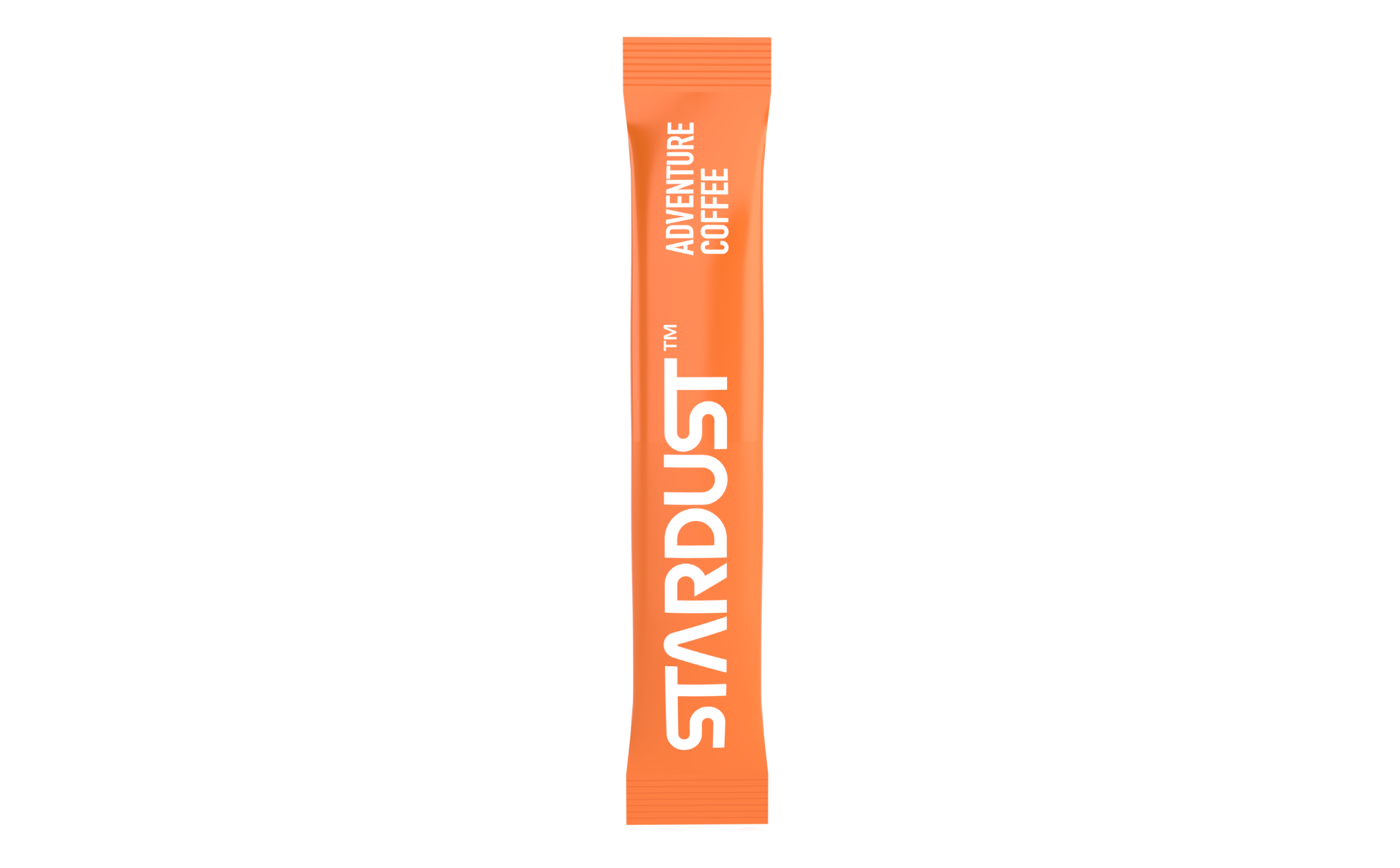 [HIGH VISIBILITY]
International Orange
made to be seen
international orange is designed to be easily visible in most surroundings. it is used on space suits, rocket boosters and aircraft blackboxes. truly the best colour for things you want to find quickly. 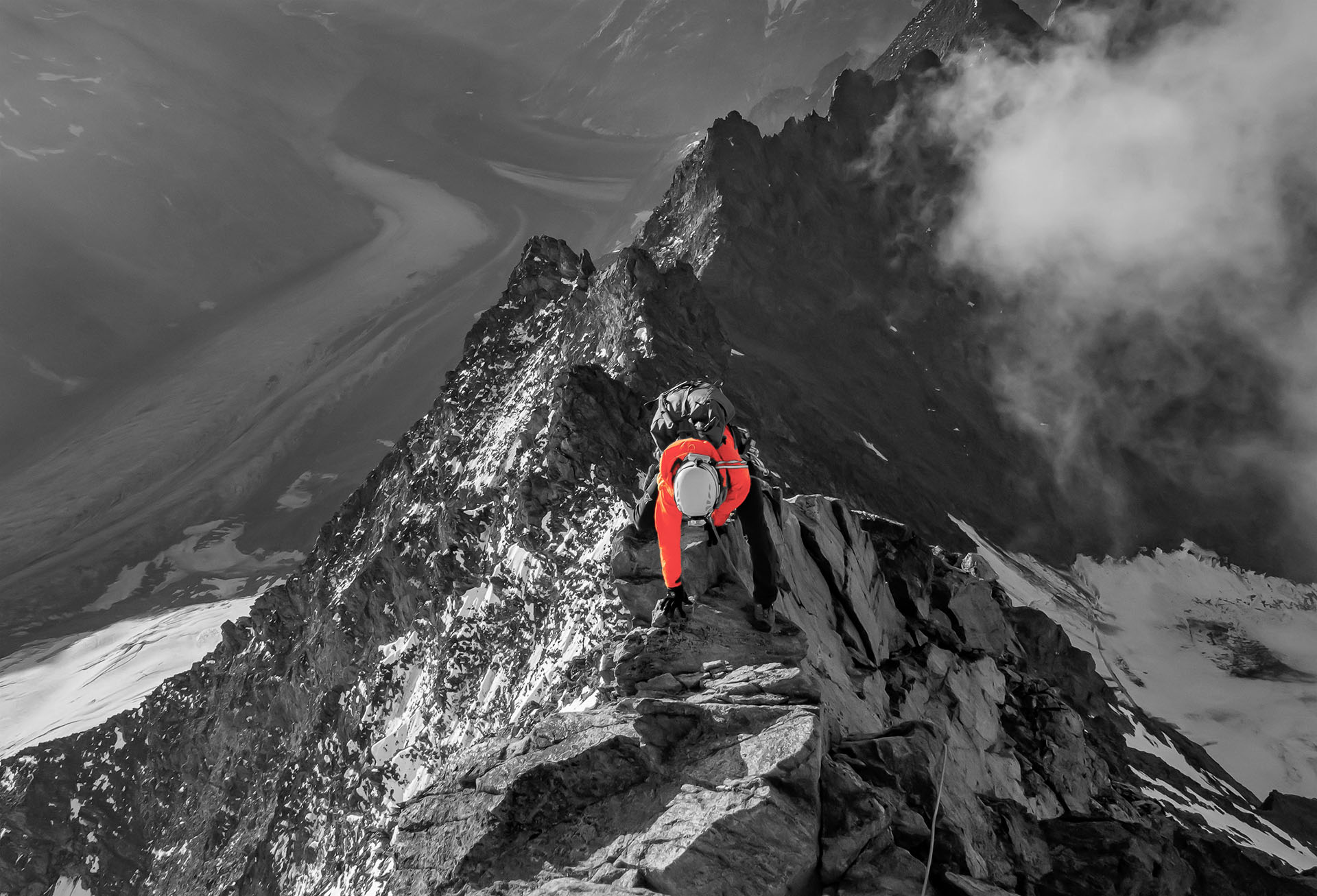 Where it
comes from 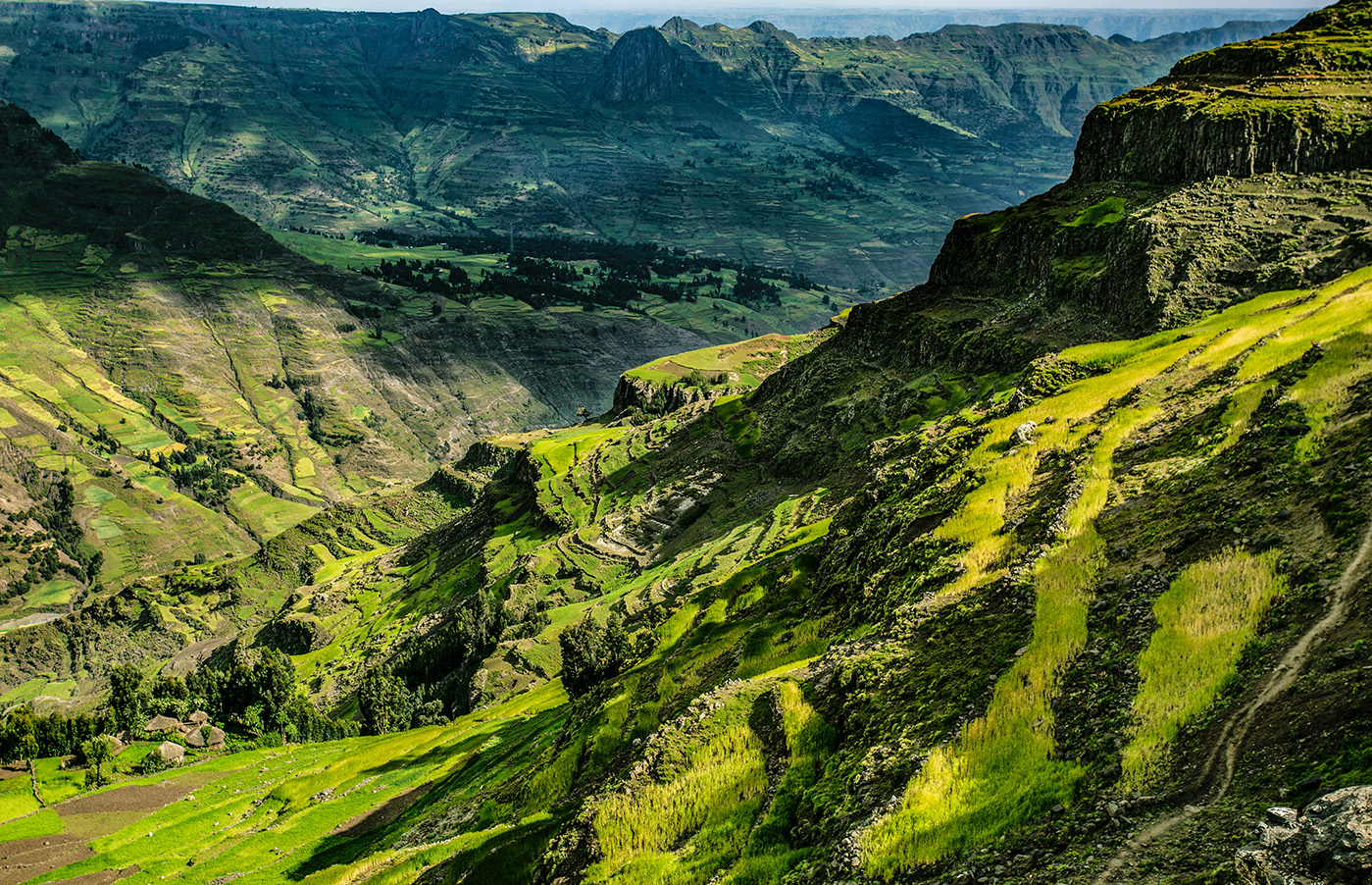 OUR COFFEE IS MADE FROM 100% SINGLE ORIGIN ARABICA BEANS FROM THE ETHIOPIAN HIGHLANDS
ethiopia is widely-regarded as the birthplace of arabica coffee, which is why we're excited to source our beans from such a unique place.we use high quality beans that have been grown in an environmentally-conscious way, and without the use of artificial chemicals. 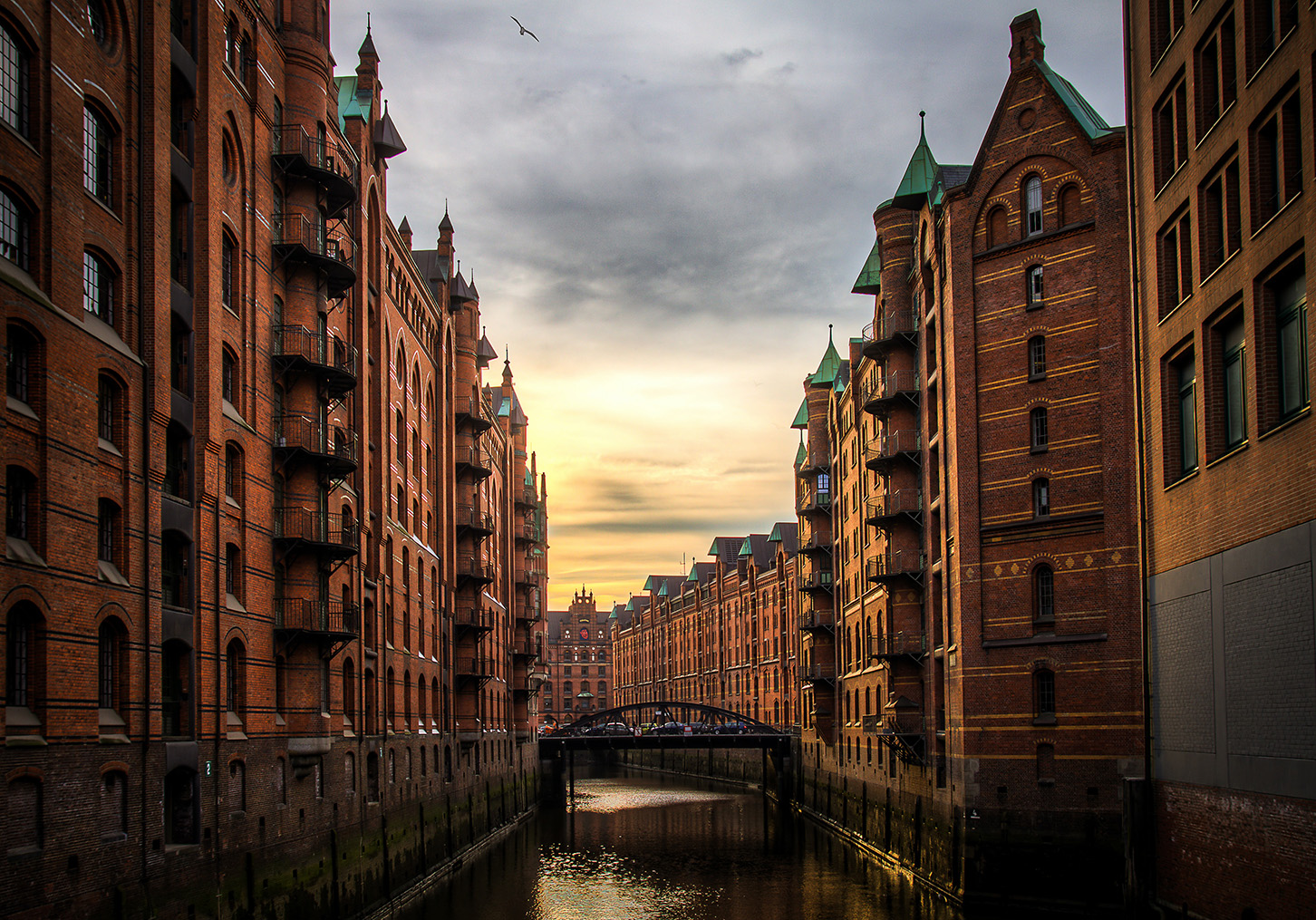 BREWED, FREEZE DRIED AND PACKAGED IN GERMANY
after our coffee beans are harvested, they are prepared and pre-brewed in europe.we rely on german engineering and state-of-the-art technology for our freeze-drying process, helping us achieve a great tasting coffee with long-lasting freshness.
HOW IT HAPPENED 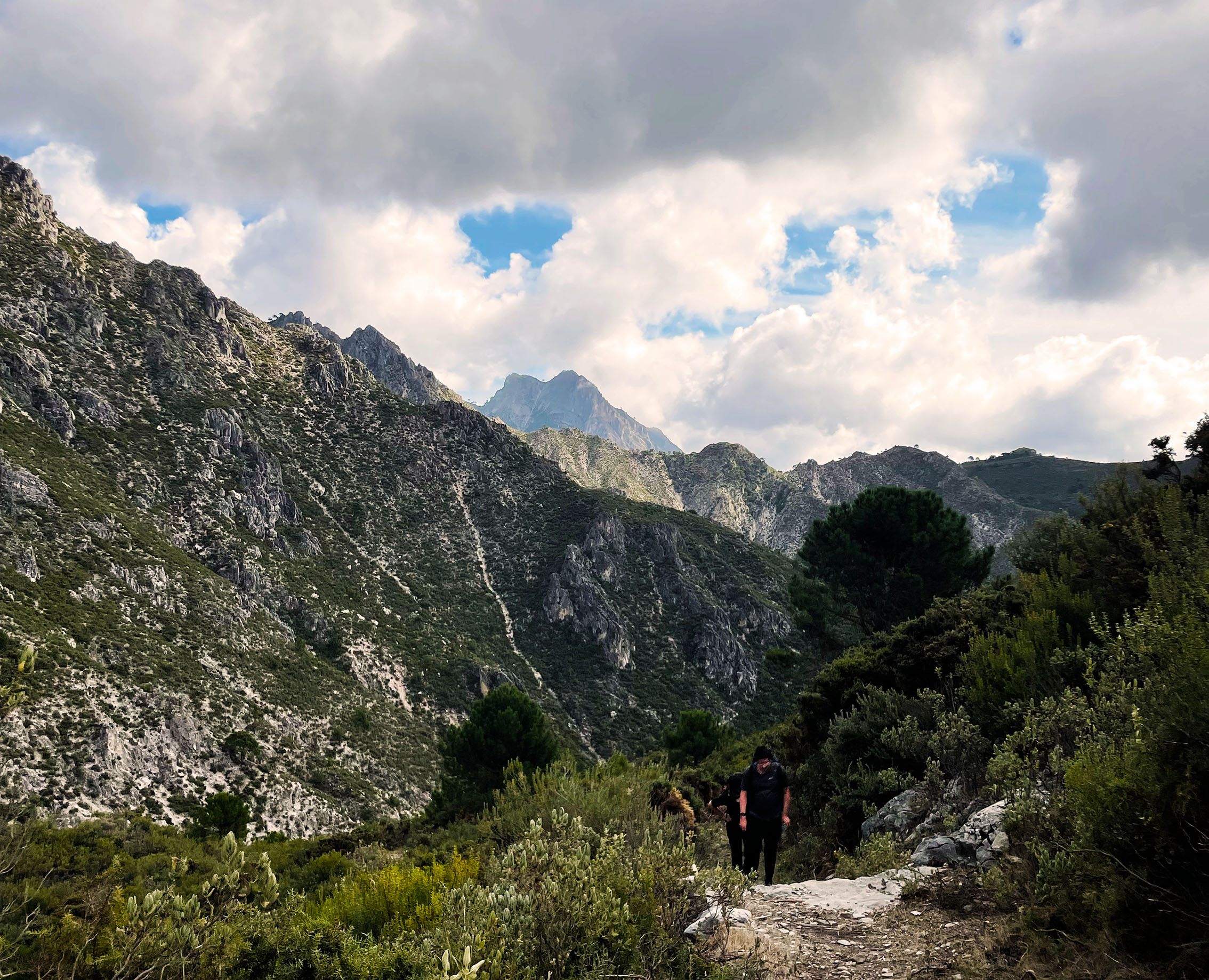 DAVID
In 2021, David embarked on a 10 day hike through Andalucia, Spain with friends. While deep in the mountains of the Sierras de Tejeda, with over 30km's still left to cover until they could reach the beautiful village of Competa, they came to a startling realisation. Having begun their walk before sunrise and the temperature climbing higher than expected, it dawned on them: they needed coffee. Literally kilometers away from civilization and with no café con leche in sight, tensions rose, desperation set in, and something had to be done.It just so happened that David, an avid adventurer and enthusiastic planner, had recently stocked up his provisions at a local supermarket and secretly bought & stashed a small jar of instant coffee in his backpack. Just as the friends were beginning to lose all hope and succumb to the harsh reality of a caffeine-free expedition, David pulled out the small jar of granulated goodness. Equipped with luke warm drinking water and the only travel cups he could find, he proceeded to the make the unimaginable happen. A wave of emotions swept through the group friends and, suddenly, the air smelled fresher and the vegetation looked greener. They could now envision completing their journey, and they embraced the energy boost that they thought would never come. David's small jar of instant coffee stayed with the group throughout the duration of their journey, forming a bond that none of them will be quick to forget. While the instant coffee was certainly not the best coffee any of them had ever tasted, they realised that it still provided them some solace when nothing else could.

‍This got David thinking, what would it take to create a great instant coffee?

And so the quest for Stardust began 🧑🚀 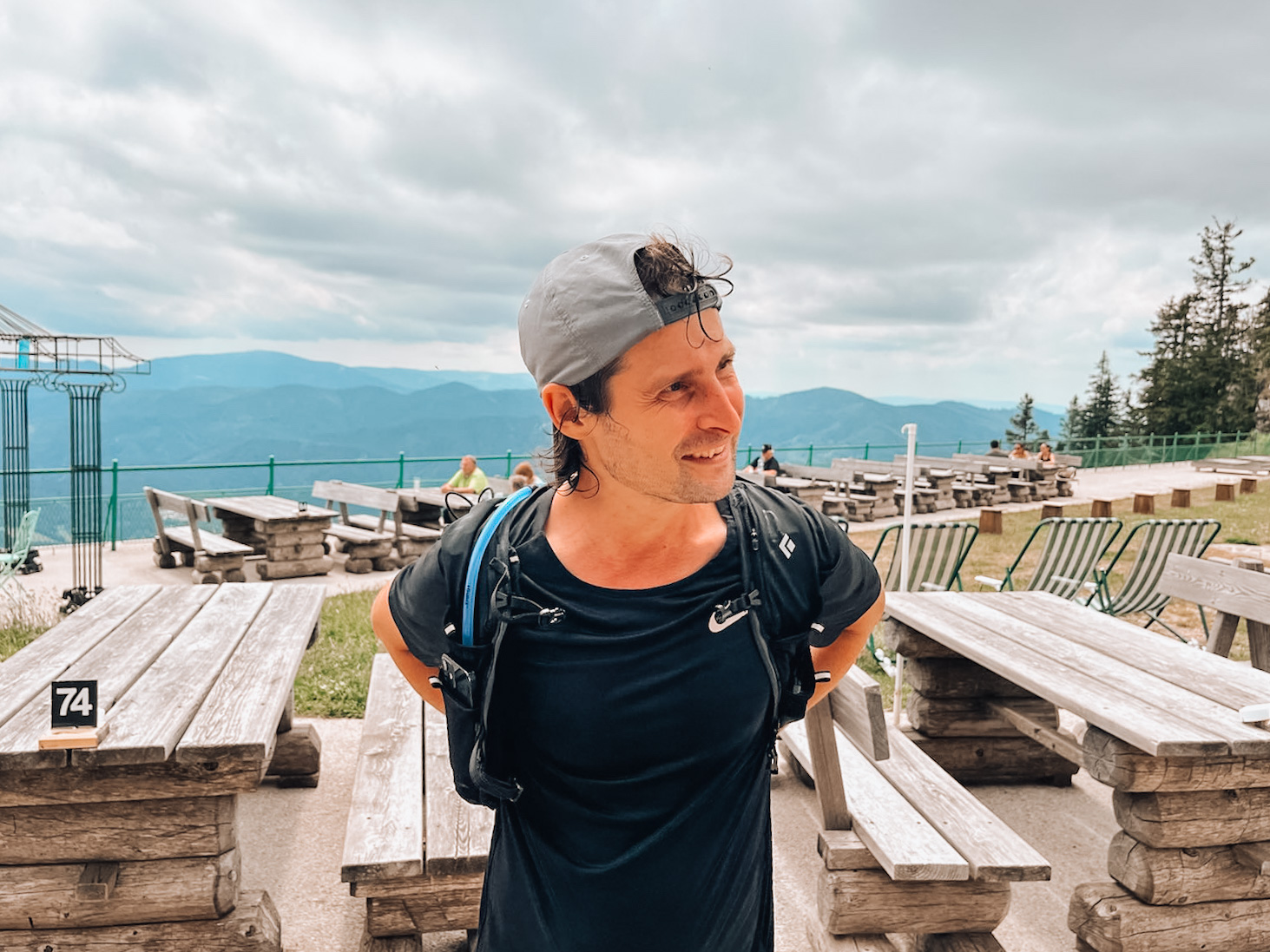 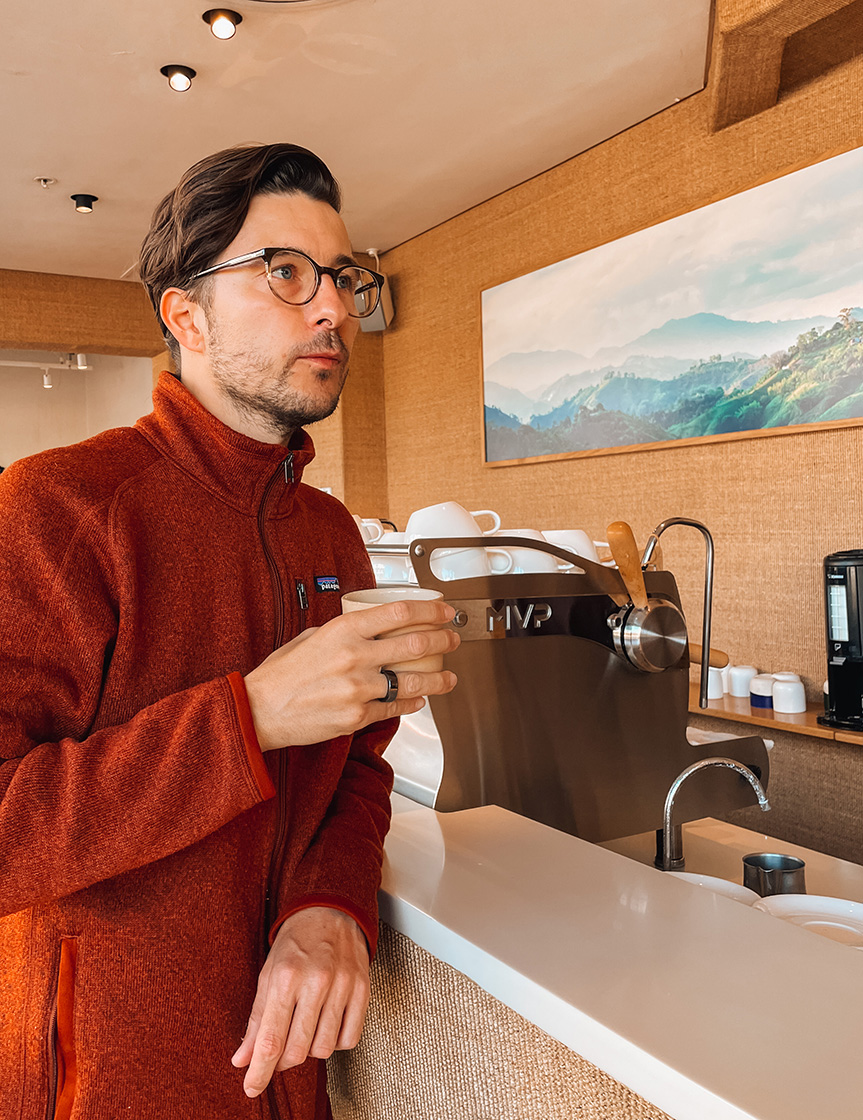 Peter
PETER
Peter has a very different story. While he was living in Vienna, Austria in 2020 - when the whole world was on standby and life as he knew it was crumbling away - Pete began to question everything, asking himself real existential stuff like 'how many rolls of toilet paper should I buy?' and 'what factors in my life are making me feel miserable?'. Weeks of lockdown turned into months, and the sleeplessness, anxiety and exhaustion sent him into a full-blown burnout. Needing to take charge of his well-being, Pete quickly became hooked on tools for health optimisation and decided that the only way to manage everything better, was to measure it.

With a bit of research, Pete realised that drinking 3 - 4 cups of coffee was probably not a good idea, especially because he had no idea how much caffeine was in each cup and, more than that, this amount could differ drastically depending on where he got his coffee / what kind he had. An Americano made at home could have around 60mg of caffeine, while a brewed coffee from a popular coffee chain could have almost triple that amount. Upsize that to a medium cup? You're looking at around 400mg of caffeine (the equivalent of about 7 Stardust sachets)! Yikes is right. Add to this equation the fact that caffeine is a psychoactive substance, shouldn't we be more careful about how much we consume?

‍☕ As coffee-drinkers, how can we be more responsible?🤯

Can we harness the mind-boggling properties of caffeine to make us feel more energised and focused, without sending our bodies into overdrive?

‍He tried different coffee blends, tested different brewing methods, bought different tools and appliances, and become _that_ person who asks the barista about the origin and flavour profile of his morning pour over. Fast forward to 2022, Pete's small obsession is now a not-so-small obsession and, with a background in tech startups, he joined forces with David to work on something that they're both really (really) excited about. Combining David's love for adventure and Pete's love for, well, coffee, the two founders set about finding the ultimate solution for manageable doses of insanely good instant coffee.
got a question for the founders?
send a message to
peter@joinstardust.com 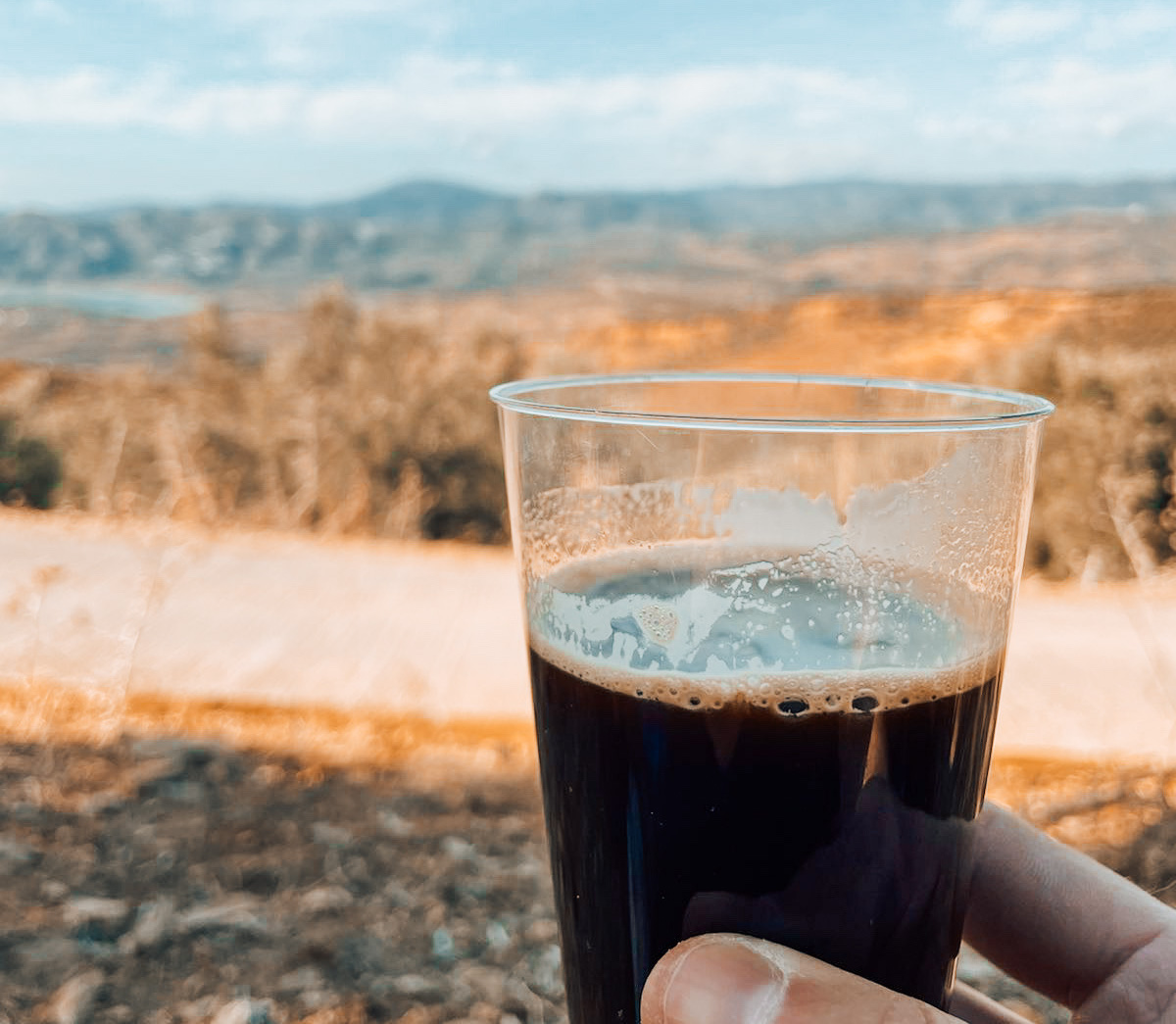 FAQs
What is it made from?
100% single origin Arabica beans from Ethiopia.
Where is it manufactured?
Our coffee is brewed and freeze dried in Hamburg, Germany.
Does it contain caffeine?
Yes. One serving contains between 40mg - 70mg caffeine, just the right amount to keep you energised and focused on your adventures.
How do you prepare it?
That’s easy. Add 130ml (that’s about half a cup) of hot water to one serving of Stardust. Remember, the water should be hot (around 80 degrees celsius, to be precise) and not boiling.

We need your consent so that we and our trusted partners can store and access cookies, unique identifiers, personal data and information about your browsing behaviour on your device.

Privacy is important to us, so you have the option of disabling certain types of storage that may not be necessary for the basic functioning of the website. Blocking categories may impact your experience on the website. More information

Thank you! Your submission has been received!
Oops! Something went wrong while submitting the form.